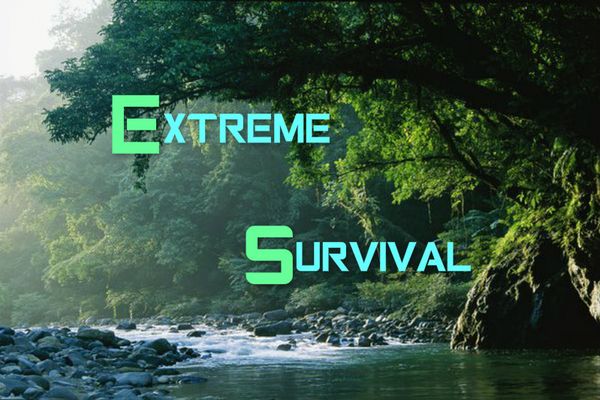 You know that someday you might find yourself in a situation where your survival skills would be the defining element that could mean life or death. Wouldn’t it convenient if you could gain some of these skills just by watching TV? Well, if you pay close attention, it is possible to get some ideas and tips by learning from the experiences of people and characters in survival shows. Below is a list of some of the best survival shows that I think have something to offer . 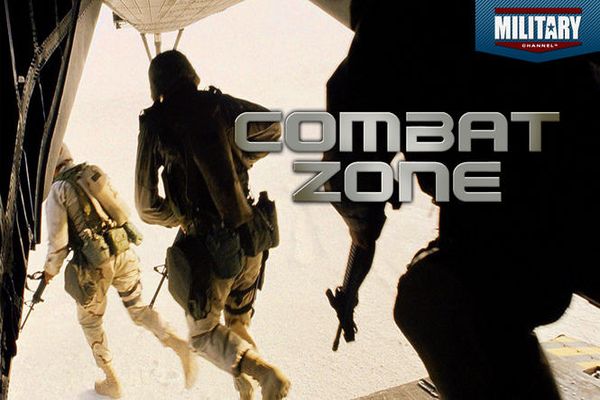 The show is a good choice for any survivalist who wants some hints and tips on how to survive an alien invasion. Even though the movie is fictional, it provides useful strategies to survive in a post-apocalyptic world 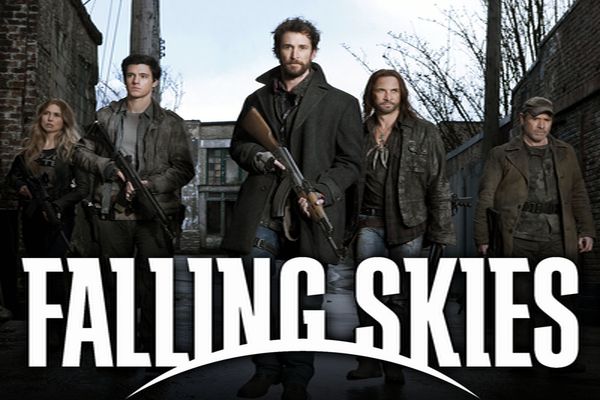 The falling skies is a fictional survivalist show that features the world where the aliens attacked and killed many human beings. In this show, you will find a group of survivors who are fighting back to bring things back to normal. The group of survivors is led by Professor Tom Mason, who was among the most affected people during the attack his wife was killed, his son held captive, and most of his friends killed. 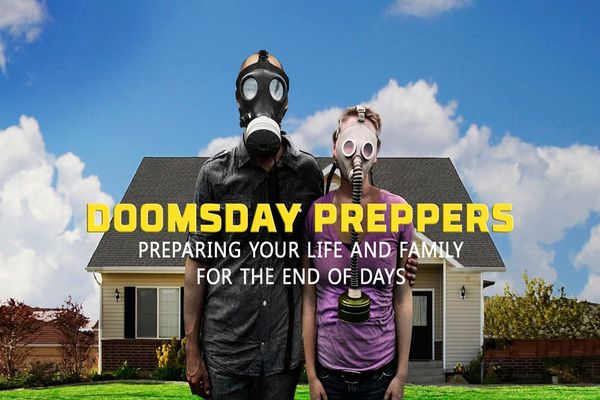 The show involves preppers who have to do whatever they can to ensure their survival due to an occurrence that can lead to the end of humanity. It can arise from a civil unrest or even an impending meteorite collision with Earth.

Survivalists can learn about ways to survive when humanity is on the brink of extinction, such as societal collapse, economic collapse or even when there is a threat of a large meteorite hitting the earth. 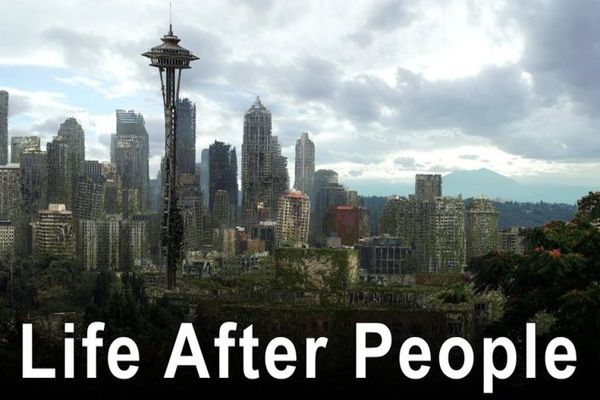 This TV show provides a new perspective on life after humanity. Different influential organizations come together to suggest ways of how the earth will look like without humans.

Survival here is based on the ability to be prepared. The survivalist can learn about ways to get ready in case humanity disappears, and they are left alone on the earth. 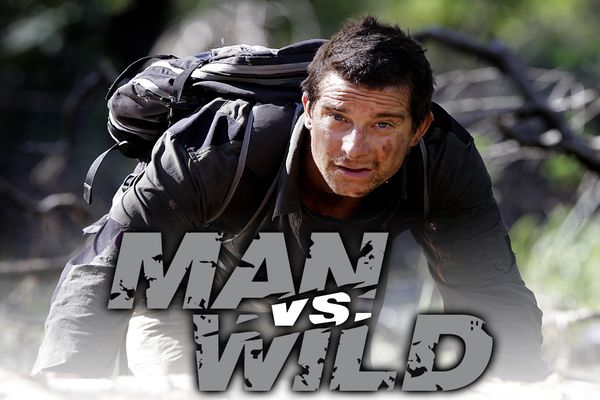 It is a story about Bear Grylls who is adventurous in the sense that he looks for locations that are of immense danger to tourists. He finds a way to survive in these locations via his knowledge of the wilderness.

For a survivalist to survive just like Bear Grylls, it is necessary to make decisions quickly to avoid dangers in the wild. The show encourages a prepper to be brave while in the wild, and this will allow them to deal with any emerging threats and be safe. 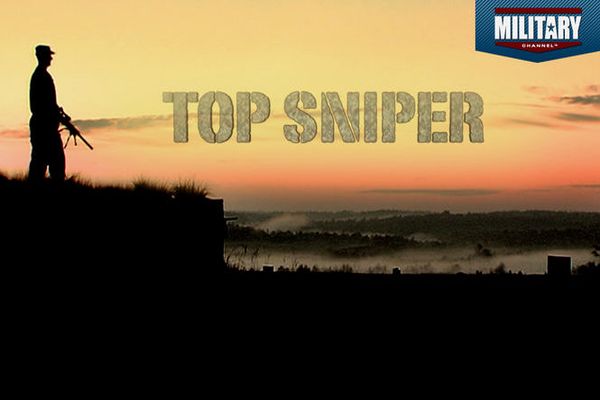 The show talks about a sniper and the way he fights to survive through a period of war. It entails camouflaging themselves to survive and hide from enemies.

Camouflaging is an essential survival skill. The survivalist can gain useful hints on how to remain hidden when in a dangerous scenario, such as hiding from a dangerous animal. 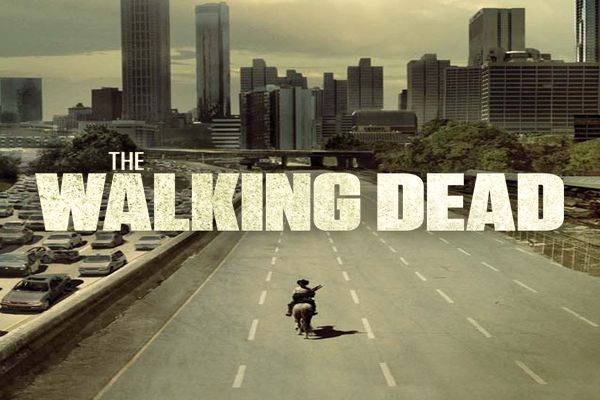 The show details how a virus breaks out, and there is no cure. The survivors have to fight to survive and look for the cure to keep them from being infected. The process is tough since they have to face the infected persons who have turned into zombies.

The show teaches the survivor that teamwork is of the essence. The prepper can work with other survivalists so that they can protect each other and they will be able to survive for a longer time. 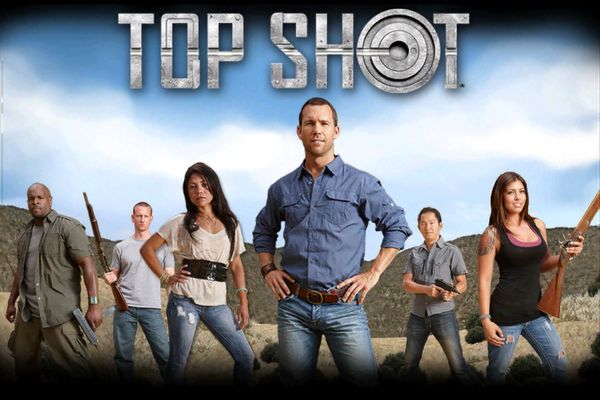 A group of sniper shooters meets to test their skills and show how good they are. They are put in a situation which they are required to get a top honor by remaining the last one standing.

The show teaches a survivalist to be persistent and competitive. It would allow them to overcome any stressful situations with ease. It is also vital to learn from your competitors to compete effectively.

This TV show explains how the rich confine themselves with all the necessary resources and try to control the ones that are of a lower class. Finally, the poor class team up to fight against the economic disparities.

As a survivalist, endurance is key as well as faith that at one point all will be well. The show allows the survivor to understand how to find essential resources in a context where their options are limited. 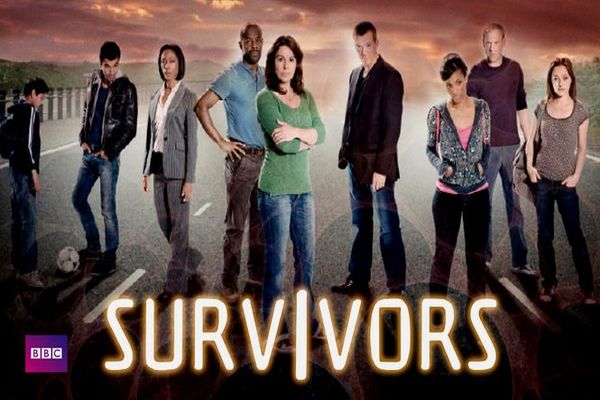 This TV show selects different contestants from all around the world. These contestants are given challenges which require them to pass so that they can graduate to the next level. They do whatever they can to survive.

The show details the importance of strength and persistence as a survival strategy. Moreover, it details a way of surviving, and finding your way around a new location. 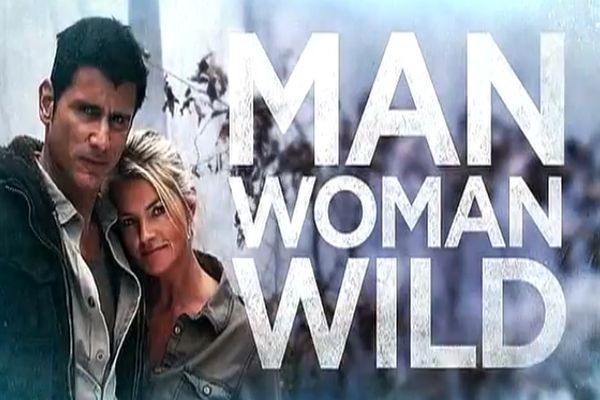 The show is about a man and a woman who head out into the wild. This couple is in dire need to test the strength of their relationship. In the wild, they notice they have to do more than just that.

The survivalist will understand the best strategies for surviving in the wild. It provides tips on how the survivalist can access all their needs from the environment. 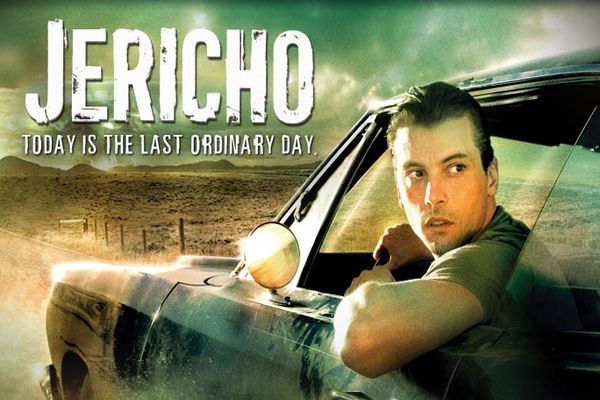 Living in a shanty town, the occupants of Jericho have to find their way to civilization. They have to construct a viaduct to the railway. They face many challenges as they do so.

To survive, one needs to put away personal interests based on human wants and requirements. Sharing all available resources is imperative. 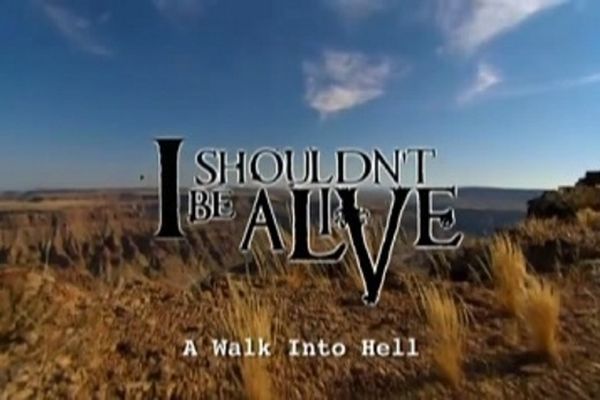 The TV show talks about various challenging situations that people end up going through but survive. They tell their real-life stories through the TV show.

Endurance and teamwork are essential to survive a challenging and life-threatening situation. The survivalist will understand the importance of having a positive spirit to overcome a difficult situation.

14. Out Of The Wild: The Alaska Experiment 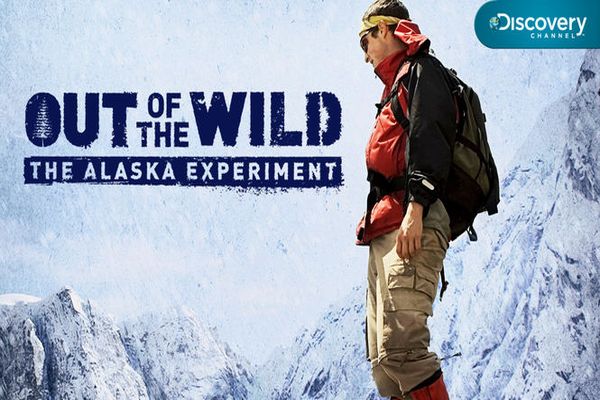 In this story, some men and women travel to the most dangerous locations in Alaska. They do this as an experiment. They have to find a way to survive the hostilities and fend for themselves.

Aggressiveness is one of the key things that a prepper will learn here. It means people have to be aggressive in the wild when searching for food and shelter. The show also details how to handle dangerous animals in the wild.

The show details characters who go to live with indigenous people in the wild. The characters interact and adapt to the way of life of these people.

The show provides vital information on how a survivalist can reside with individuals who are from a differing culture. It also provides a means for the prepper to understand ways of using the natural environment to their advantage when in the wild. 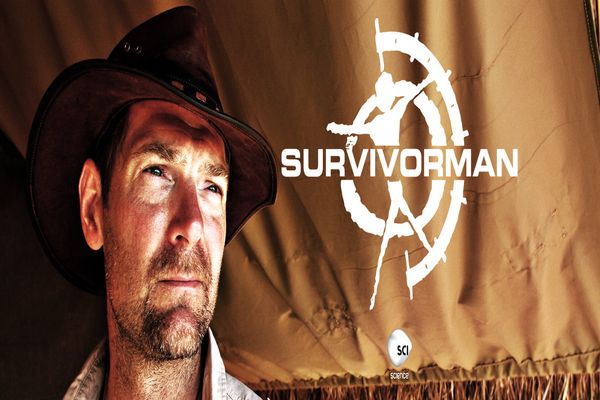 In the show, a man has to do everything he can to survive in the wild for ten days. The individual only has minimal resources, but he has to find a way to survive.

For the prepper, the show is an excellent source of survival skills and knowledge. It provides suggestions on ways to survive in various environments. 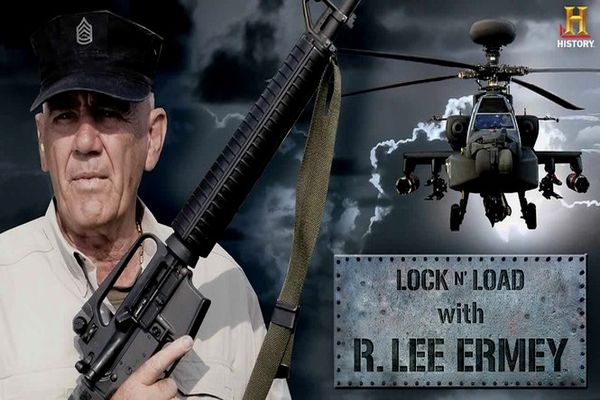 The TV show focuses on the evolution of military weapons over the years. The host often showcases various kinds of weapons and tries them out to test their functionality.

The show can be quite influential in helping a survivalist understand different weapons systems and the best weapons that can fit particular circumstances.

It is a story of a virus that spread in an area and killed the old while sparing the young. The show involves a post-apocalyptic world without an adult population.

The show will prove beneficial for a survivalist as it details the importance of working as a team and how to survive at a time when there are very few people in the world. 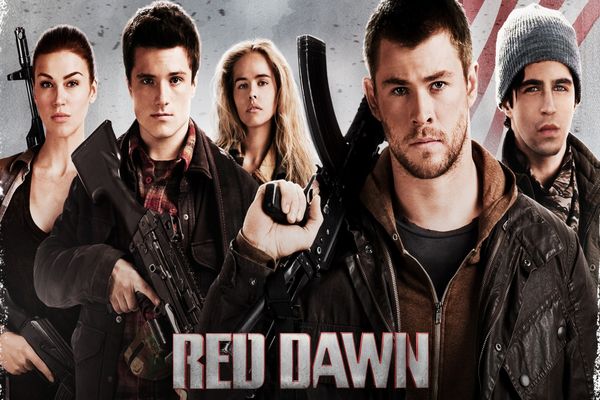 The show, set in 1989, details a period where foreign countries such as Russia invaded the US. A group of high school students has formed a resistance, and they are trying to fight off the invaders.

The show provides survival tips on how to get resources when a country is invaded and occupied by another country. It also provides vital information on how to organize a resistance against a foreign military invasion. 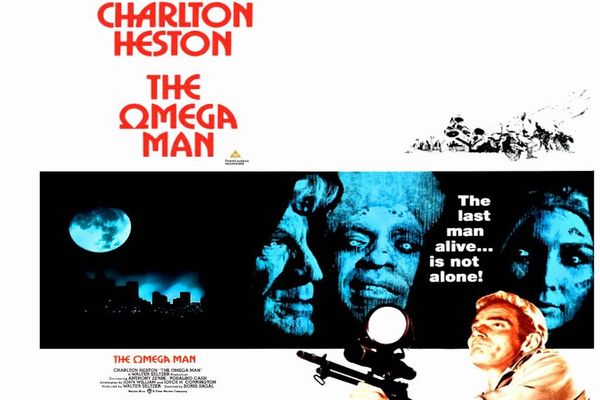 The show details how a doctor survives after a plague killed off humanity. Biological warfare caused the disease, and it leads to the emergence of ghouls. The protagonist has to fight off them off to remain alive.

The show provides vital hints on how to survive, and how to use a variety of weapons such as electricity to protect yourself. It also details ways to create a secure hideout. 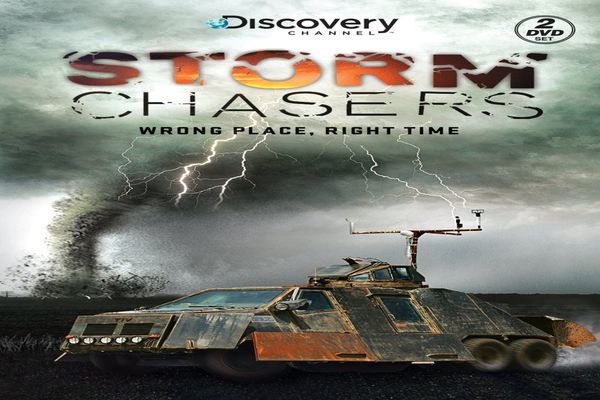 Some TV crew engages in research of the bizarre storms in the world so that they can record them. They travel close to the storms to capture and show the world the impact of these storms.

The show provides useful tips on how a survivalist can be safe during a storm. It also offers suggestions on how storms work, and how to avoid them.

Do you have any other survival shows I should include in the list? Which one is your favorite?