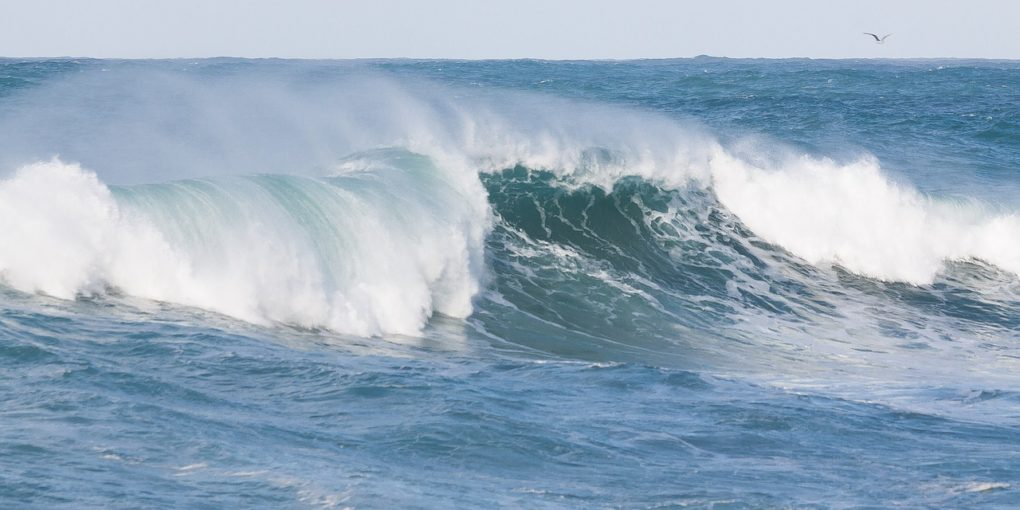 Are we really that safe today? The relatively calm life that we feel is ours by right could be overturned in a matter of seconds. Nature lets us know once in a while that we are not really in control of our destiny. The things that we do or do not do every day could turn into man-made disasters that destroy the world as we know it. Then there is the all-powerful, unpredictable and sometimes moody universe which could very easily terminate our species. Here is a list of the 10 most likely SHTF scenarios that could occur with tips on how to best prepare for them.

A dangerous asteroid impact is likely to cause major problems here on Earth because our planet has already experienced smaller asteroid impacts. According to NASA, the risks of facing an Asteroid are real enough to warrant further investigation. Scientists are carefully tracking many of the large asteroids that are in existence. Their paths are being tracked but there’s no good explanation for what happens when scientists discover that an asteroid is on a collision course with Earth. If you’re given advance notice of an asteroid impact, you need to move out if its path immediately. Unfortunately, you probably won’t receive advance notice in time, so it’s best to prepare for an impact like you’d prepare for any other natural disaster.

In the early 1800s, a chain of earthquakes hit the eastern U.S. A new series of earthquakes is likely to strike again because the New Madrid Seismic Zone still exists according to CUSEC. If a chain of earthquakes hits this location again, the physical damage could extend beyond the eastern U.S. all the way to Tennessee, Missouri, Kentucky, Arkansas, Illinois, and Mississippi. Financial losses will be felt throughout the country. If you live east of the Mississippi River, prepare for this event as you would prepare for any other earthquake. If you live west of the Mississippi River, you need to be prepared for widespread financial problems.

Unfortunately, this scenario is not just likely to happen. It’s already happening according to the CDC. Just look at the recent outbreaks of Ebola virus and Zika virus on US soil. The world was only beginning to recover from the devastating impact of the HIV/AIDS pandemic when all over a sudden new dangerous diseases began to emerge from nowhere. The next time a deadly virus outbreak occurs, it may not be able to be contained. In order to prepare for a widespread deadly virus, you must be prepared to quarantine yourself from the general public for up to one year.

A solar flare in the equivalent of a tsunami or earthquake on the sun. Its impact can be devastating as evidenced by the solar flare which occurred in 2014. The risks of such an event recurring have not dissipated significantly enough to allay the fears of the experts according to the WSF. The next time a solar flare occurs, it could potentially wipe out the entire earth’s power grid. In order to prepare for surviving a solar flare, you must have plenty of your own power (generators, batteries, etc.), food, and water available.

Dirty bombs are built using radioactive materials. Terrorists can easily obtain radioactive materials—we know this because they’ve done it before. Indeed the USNRC has produced a factsheet that not only indicates a high likelihood of these bombs falling in the wrong hands but also the damage that they could do.A small dirty bomb could destroy an area comparable to what a stick of dynamite could damage. The area that a large dirty bomb or multiple dirty bombs could destroy is limitless. There is little you can do to prepare for the effects of a dirty bomb aside from keeping firearms within arm’s reach to keep potential terrorists away.

We’ve already discussed the devastation that an asteroid impact could cause. Comets get dangerously close to the Earth about every 200 years so it’s possible that we’ll see one collide with the Earth during our lifetimes. Agence France-Presse in Paris recently released a report warning that the risk of a dangerous Comet has been greatly understated by the experts. Comets move even faster than asteroids, so if one hits the Earth, it could destroy the entire planet. Prepare for a comet collision the same way that you’d prepare for an asteroid impact, with food, water, power, and firearms in an underground location.

An electromagnetic pulse, or EMP, is the result of the detonation of a nuclear weapon. Given today’s widespread terrorist threat and enemy nations like North Korea that are developing their nuclear programs, this is a very real threat. If we experience an EMP, the power grid will be destroyed according to a report by the Gatestone Institute. No cell phones, no electrical system in your vehicle, no radio, no TV, no electricity, no Internet. Consider storing your emergency electrical devices (small generator, solar battery charger, AM/FM radio, emergency medical equipment, two-way radio, etc.) in a Faraday Cage to protect them from an EMP.

This takes the EMP threat one step further. This isn’t some lone terrorist with a nuke, but rather a world superpower coming at us with a full complement of nuclear weapons. Already the IAEA is reporting a heightened risks of nuclear proliferation in conflict areas like the Middle East and South East Asia. If we become victim to an all-out nuclear assault, the entire planet could be destroyed. Prepare for nuclear war with a Faraday Cage and enough supplies (water, food, medicine, etc.) to last you for at least one full year. It’s the only shot at survival you may have.

There is some evidence suggesting that the United States is at risk from an invasion from within, which involves fully westernized agents (Russian, Chinese, etc.) infiltrating our country unnoticed and then launching an attack according to a Listverse Report. This is likely to happen if foreigners are not fully vetted before entering our country. The results of this could range from a single attack that our military easily shuts down to an all-out nuclear assault, the likes of which we’ve never seen. We need to prepare for the worst case scenario. Make sure you have enough supplies to last for at least one year, along with firearms, stored in a secure—preferably underground—locations.

Most people are not aware of the fact that the world’s biggest super volcano is located underneath Yellowstone National Park. Prominent scientists have warned that it will erupt anytime between now and 100,000 years from now. For example the USGS has done a report showing the heightened risks of super volcanos occurring. A super volcano eruption will likely wipe out the western half of the United States.In order to prepare for a Yellowstone super volcano, you must be able to pack up your car and start moving east at the drop of a hat.

We don’t mean to frighten you with a discussion of these ten very likely scenarios but a discussion is necessary so that you can prepare yourself and your family for the worst case scenario. It’s not hopeless. There are a lot of things you can do to ensure your survival. Now is the time to take action.